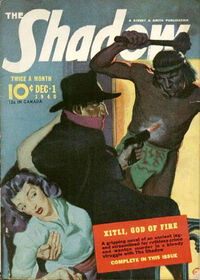 Years ago, Kent Allard, an aviator, made a forced landing in Guatemala, where he became the white god of a tribe of Xinca Indians. When the missing pilot returned to New York, he took residence at a hotel, with two faithful Xincas as his servants.