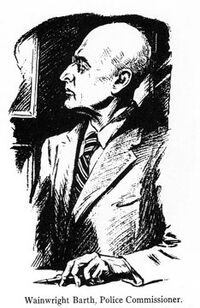 Barth was much more skeptical of the existence of The Shadow than Commissioner Weston. For him, any talk about the crime fighter was truly absurd.