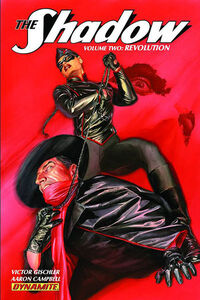 Victor Gischler is an author of hard-boiled crime fiction. Since 2001 he has written several novels. He also writes comic book stories, mostly for Marvel Comics.

In 2013, he wrote a six-issue story arc for Dynamite Entertainment's The Shadow series which had the crime fighter fighting alongside George Orwell.

In November of 2013, he began writing Noir, a comic book miniseries which united Miss Fury, one of the first female superheroes, with The Black Sparrow, a villain he introduced in The Shadow series. The five-issue crime drama featured supernatural elements, including an appearance by the ever-mysterious Shadow himself.