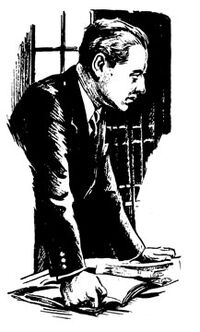 Inspector Timothy Klein was a law officer who worked for the New York City police force. He was a man who dealt in simple facts when solving a crime, always reducing all information to the lowest quantity before he acted.

Detective Joe Cardona reported to him, and on a few occasions, when Klein was on leave, Cardona would function as Acting Inspector. Eventually, Klein retired and Cardona moved up the ranks to replace him.