The Shadow Wiki
Register
Don't have an account?
Sign In
Advertisement
in: Publications, 2013, July, Modern-Age,
and 17 more 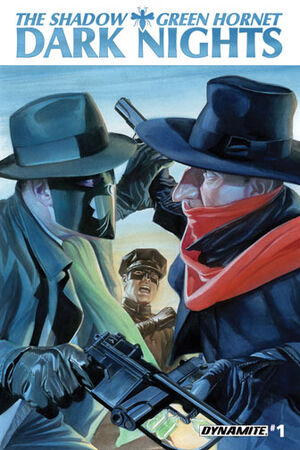 Appearing in "Dark Nights: part one"

Synopsis for "Dark Nights: part one"

1939: A threat so titanic that it forces The Shadow to team-up with The Green Hornet! A plot so deadly that it involves real events in history and such famous and infamous people as Woodrow Wilson, Rasputin, J. Edgar Hoover, Franklin D. Roosevelt and Nikola Tesla! An unstoppable power will plunge the world into darkness... and no one but our two crime-fighting icons can stop it!