The Shadow Wiki
Register
Don't have an account?
Sign In
Advertisement
in: Publications, 1991, November, Modern-Age,
and 11 more 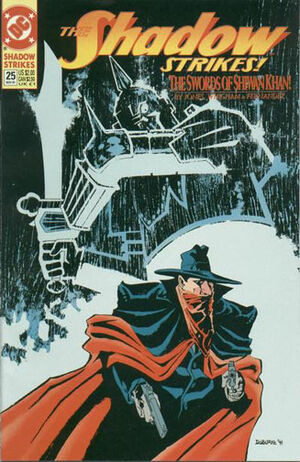 I was a broken man, yes. A victim of western madness, seeking the truth and the power to survive the world. You gave me that truth and that power and I will be ever in your debt.

Appearing in "The Coast"

Synopsis for "The Coast"

The Shadow travels to Shanghai with Harry Vincent. Together they discover that Shiwan Khan has been shipping an Army's worth of weapons to the The Yellow River.