The Shadow Wiki
Register
Don't have an account?
Sign In
Advertisement
in: Publications, 1936, March, Golden-Age,
and 24 more 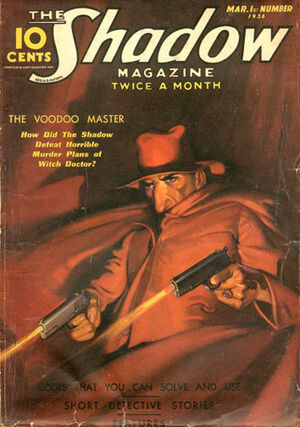 Stand back! I have decreed your fate! You are to be a zombi!

Appearing in "The Voodoo Master"

Synopsis for "The Voodoo Master"

Dr. Rupert Sayre is kidnapped by a voodoo cult and The Shadow must go against a criminal who can create zombies from living men.