The Shadow Wiki
Register
Don't have an account?
Sign In
Advertisement
in: Publications, 1932, April, Golden-Age,
and 13 more 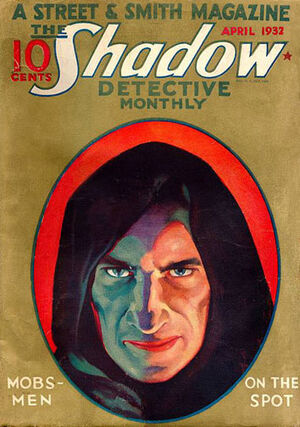 Cliff Marsland! That was not your name, fourteen years ago, when you were overseas... Like yourself, I am a man whose name has been forgotten. We shall speak no more of days gone by. You are now Cliff Marsland. I am, The Shadow!

Appearing in "Mobsmen on the Spot"

Synopsis for "Mobsmen on the Spot"

Who calls the shots for the country's toughest gangsters? Who makes them dance to an offer they can't refuse? Who is the invisible power behind the scenes of Manhattan's billion-dollar protection rackets?