The Shadow Wiki
Register
Don't have an account?
Sign In
Advertisement
in: Publications, 1935, July, Golden-Age,
and 22 more 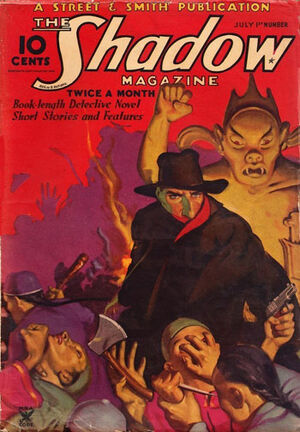 They were peaceable; they gave no argument. When we questioned them, all they would say was "Ying Ko" -- and they kept repeating it. Sounded like a name; but there's nobody in Chinatown with that moniker. It's not a place, either -- I've looked through atlases trying to find it. "Ying Ko" -- that's all they would say.

Appearing in "The Fate Joss"

Synopsis for "The Fate Joss"

The Shadow investigates the strange disappearances and reappearances of a half-ton golden idol.