The Shadow Wiki
Register
Don't have an account?
Sign In
Advertisement
in: Publications, 1946, March, Golden-Age,
and 19 more 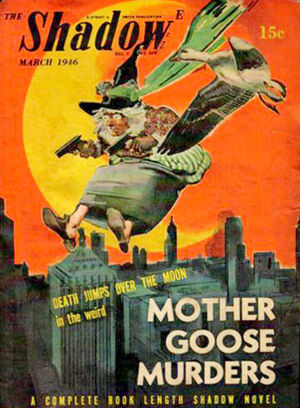 In a series of startling robberies, murderous men hold a beautiful hostage, and a clever code of nursery rhymes spells gun play instead of child's play! Can The Shadow smash the intricate web and bring a halt to terror?