The Shadow Wiki
Register
Don't have an account?
Sign In
Advertisement
in: Publications, 1945, April, Golden-Age,
and 12 more 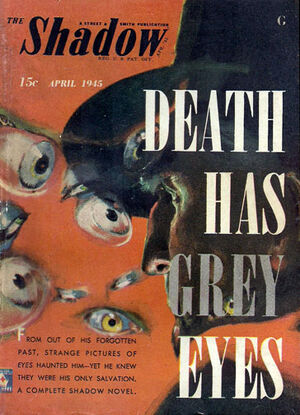 Appearing in "Death Has Grey Eyes"

Synopsis for "Death Has Grey Eyes"

There were strange, sinister plans for Dick Whitlock's post-war future. Could The Shadow solve the secret of the past and prevent the fulfillment of a fanatical doctor's crazed ideas?