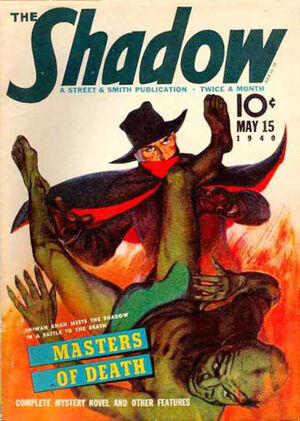 I know the limitations of Shiwan Khan, as well as the extent of his powers. This is to be my own campaign, against a foe whose methods brook no quarter. It will be a battle to the death!

Appearing in "Masters of Death"

Synopsis for "Masters of Death"

Retrieved from "https://thelivingshadow.fandom.com/wiki/Shadow_Magazine_Vol_1_198?oldid=13878"
Community content is available under CC-BY-SA unless otherwise noted.