The Shadow Wiki
Register
Don't have an account?
Sign In
Advertisement
in: Publications, 1939, May, Golden-Age,
and 14 more 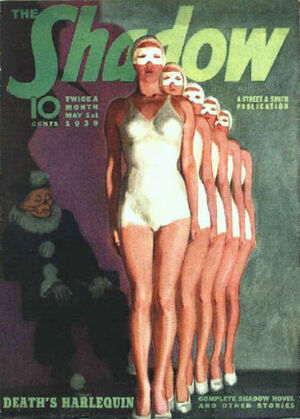 Guilty as hell! A traitor coiled in the flag of his own country! A trusted officer in the United States army. Murderer and thief! Torturer of his own innocent daughter...

The Shadow battles a murderous clown, as they twist their way through a maze of international intrigue.