The Shadow Wiki
Register
Don't have an account?
Sign In
Advertisement
in: Publications, 1939, February, Golden-Age,
and 21 more 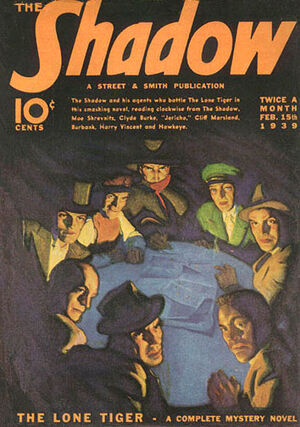 Appearing in "The Lone Tiger"

Synopsis for "The Lone Tiger"

The Tiger Mob is captured and sent to jail, however, one member is still on the loose and killing off anyone who can identify him. When the law failed to find him; when a $100,000-reward offer brought no success, The Shadow set out to capture The Lone Tiger.