The Shadow Wiki
Register
Don't have an account?
Sign In
Advertisement
in: Publications, 1938, December, Golden-Age,
and 17 more 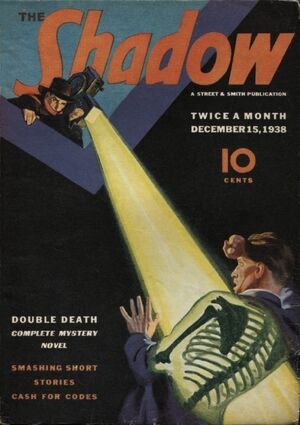 Who killed Bump? When did Pearl faint? Was she lying unconscious on the floor when you entered? What became of the masked man? And why didn't you yell or try to flee when your handcuffs were first removed? Where's Doctor Logan? You've killed him! Where have you hidden his body?

They each died twice - and now it was The Shadow's turn to face double death.