The Shadow Wiki
Register
Don't have an account?
Sign In
Advertisement
in: Publications, 1938, October, Golden-Age,
and 12 more 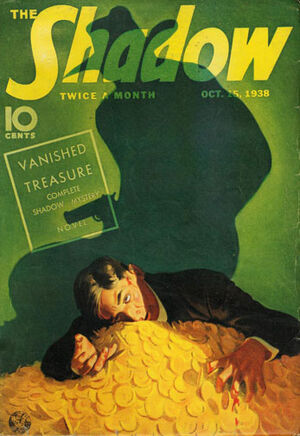 They call me The Shadow. Whatever may happen in this house - and much will happen - you can rely upon my protection.

Ghostly footfalls trod the old Beld mansion, and bloodshed and murder followed in their wake! But only The Shadow knew the secret of the buried, bloody treasure!