The Shadow Wiki
Register
Don't have an account?
Sign In
Advertisement
in: Publications, 1937, December, Golden-Age,
and 12 more 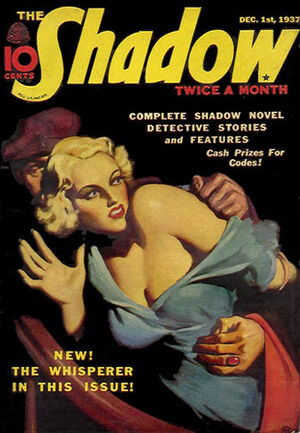 Appearing in "The Sealed Box"

Synopsis for "The Sealed Box"

Within the sealed box was the key to a baffling mystery - and blood would run before The Shadow grasped its secret!