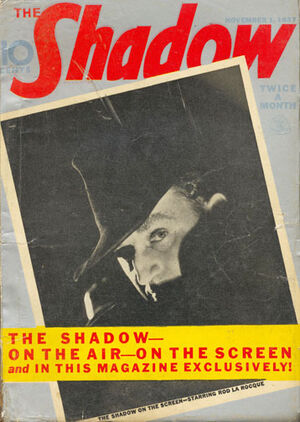 High over the countryside, they loomed ~ sentinels of the doom that was to befall those within! Only The Shadow could penetrate the death pall that hung like a shroud over the weird, castle-like mansion!

Retrieved from "https://thelivingshadow.fandom.com/wiki/Shadow_Magazine_Vol_1_137?oldid=15415"
Community content is available under CC-BY-SA unless otherwise noted.