The Shadow Wiki
Register
Don't have an account?
Sign In
Advertisement
in: Publications, 1937, April, Golden-Age,
and 13 more 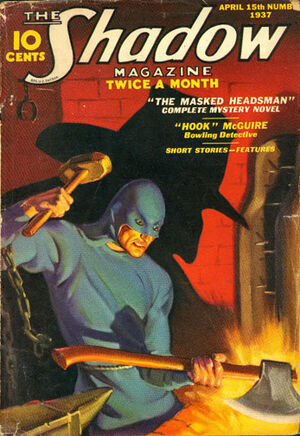 You like America, Jacinta? You love Ramos? It is asking very little, Jacinta. Our duty is the same. We shall both be vigilant, because of Ramos.

Appearing in "The Masked Headsman"

Synopsis for "The Masked Headsman"

Millions in jewels and golden plate were the stake - the treasure of Old Spain! And The Shadow's blazing guns had to decide the issue!