The Shadow Wiki
Register
Don't have an account?
Sign In
Advertisement
in: Publications, 1937, March, Golden-Age,
and 18 more 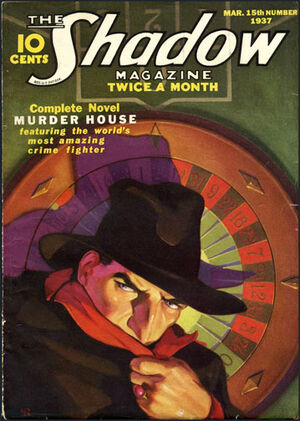 Like a shell-torn battleground, the peace and quiet of a countryside give way to criminal warfare when The Shadow stalks through byways seeking the ruler of the Murder House.