The Shadow Wiki
Register
Don't have an account?
Sign In
Advertisement
in: Publications, 1937, March, Golden-Age,
and 13 more 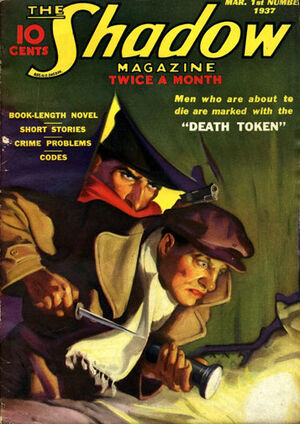 Many were the lives that could be bought with this insignificant French silver franc piece - so many that The Shadow stepped in to pierce the secret of its murderous buying power of death!