The Shadow Wiki
Register
Don't have an account?
Sign In
Advertisement
in: Publications, 1936, November, Golden-Age,
and 17 more 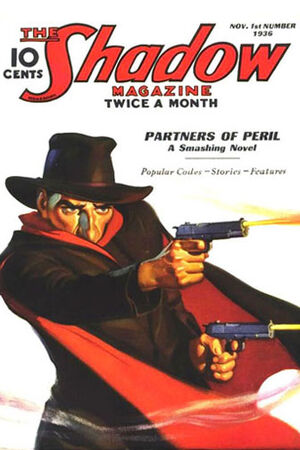 I've had his help on dozens of cases. I've never been able to find out his identity. He remains anonymous, by his own wishes. But whoever he is, I say he's the cleverest and most daring detective in America!

Appearing in "Partners of Peril"

Synopsis for "Partners of Peril"

Partners of peril play a dangerous game. But it is The Shadow who makes the final move that blasts to bits the plans of the unknown power of evil!