The Shadow Wiki
Register
Don't have an account?
Sign In
Advertisement
in: Publications, 1941, July, Golden-Age,
and 9 more 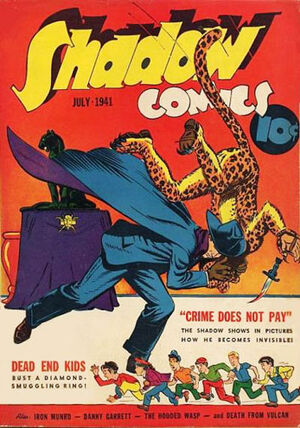 Appearing in "The Leopard Strikes"

Synopsis for "The Leopard Strikes"

A policeman is found dead near the zoo and appears to have been killed by a black leopard. Soon after, a similar death occurs to a derelict in the park. The Shadow visits the zookeepers and discovers one of them is the leader of a leopard cult, and it is he who is committing the murders.