The Shadow Wiki
Register
Don't have an account?
Sign In
Advertisement
in: Publications, 2013, September, Modern-Age,
and 13 more 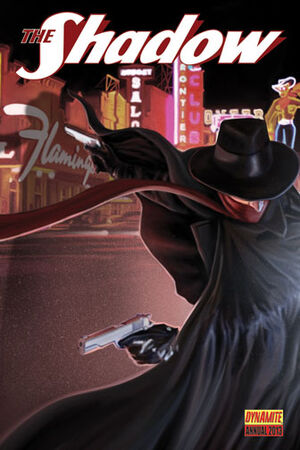 1947: The Shadow and Margo Lane travel to Las Vegas to investigate the rumors of an unspeakable evil brewing in the nearby desert. A woman, a former lover from Allard's WWI past, no less, is currently stabbing "wicked" men, then drinking their blood in order to stay young forever.