The Shadow Wiki
Register
Don't have an account?
Sign In
Advertisement
in: Publications, 2012, September, Modern-Age,
and 11 more

"Children of the Dragon" 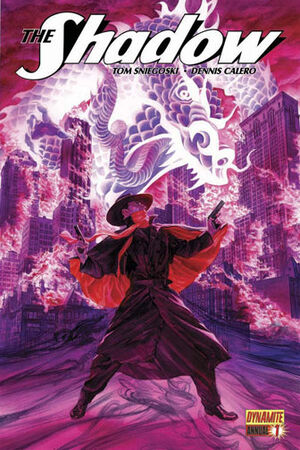 Appearing in "Children of the Dragon"

Synopsis for "Children of the Dragon"

The Shadow is tormented by visions of New York City being plagued by a living fire-creature in the shape of a Chinese dragon. He soon learns that three children, who are the disciples The Holy-Men of Li-Lung, possess the power of light and fire. They're burning everything in their path to ashes. The Shadow confronts one of the orphans at the ruins of a burned out speakeasy. This leads him to Brother Pritchard’s Orphanage for Wayward Children, where he challenges the young disciples and manages to destroy them in their own fire, which also causes the orphanage to burn to the ground as well.