The Shadow Wiki
Register
Don't have an account?
Sign In
Advertisement
in: Publications, 2014, July, Modern-Age,
and 11 more 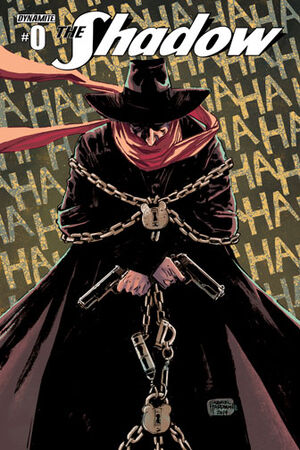 You're right, Bess. Men will kill for this knowledge. Your life will be in great danger. Perhaps it would be best if you... simply forget.

Appearing in "The Beginning..."

Synopsis for "The Beginning..."

1936: From beyond the grave, Houdini has contacted his wife, revealing the ultimate secret from his past; his association with a young Lamont Cranston.

An esoteric society of murderous magicians have kidnapped her and are hellbent on learning what her husband confided to her.

The Shadow infiltrates their sanctum, easily evading their twisted traps and rescuing the magician's widow.