The Shadow Wiki
Register
Don't have an account?
Sign In
Advertisement
in: Publications, 2013, April, Modern-Age,
and 12 more 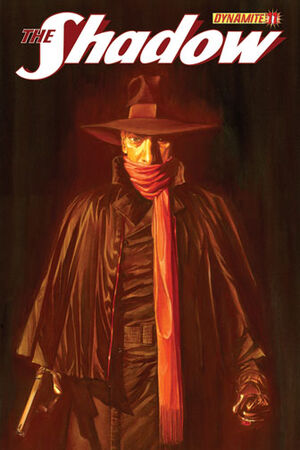 Appearing in "Revolutionary Part 4 (of 4)"

Synopsis for "Revolutionary Part 4 (of 4)"

1937: The Shadow infiltrates El Rey's castle in order to strike at the villain in his own lair, however, once unmasked, El Rey proves to be a non-threatening foe.

Meanwhile, as Miles Crofton and George Orwell continue to fight off the castle's guards, The Shadow goes after the Black Sparrow, who has trapped herself on the rooftop of the fortress. There, she and The Shadow confront one another, he allowing one last embrace before he pushes over to her doom.

A few days later, Lamont returns to New York, and joins Margo Lane at a society party where he informs her that Crofton has sent him a letter. It seems George Orwell recovered from his war wounds and is back in England, where he might do something "to help change the world."