The Shadow Wiki
Register
Don't have an account?
Sign In
Advertisement
in: Publications, 2012, April, Modern-Age,
and 12 more

"The Fire of Creation: Part One" 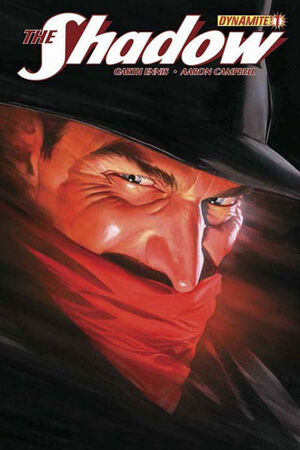 I know the strange tides on which destiny ebbs and flows; I know that fate sometimes needs a guiding hand; I know how to place the pieces on the board; I know what has been and what must be; I know the greater game. For I know what evil lurks in the hearts of men.

Appearing in "The Fire of Creation: Part One"

Synopsis for "The Fire of Creation: Part One"

1938: The Shadow returns in a tale of blazing action and deadly intrigue, as a night of carnage on the New York waterfront plunges the mysterious vigilante into a conspiracy involving the fate of the world itself. As storm clouds gather across the globe, American Military Intelligence meets with a certain Lamont Cranston, determined to beat a host of spies and assassins to the greatest prize of all... but what that might be, only the Shadow knows.