The Shadow Wiki
Register
Don't have an account?
Sign In
Advertisement
in: Publications, 1986, July, Modern-Age,
and 19 more 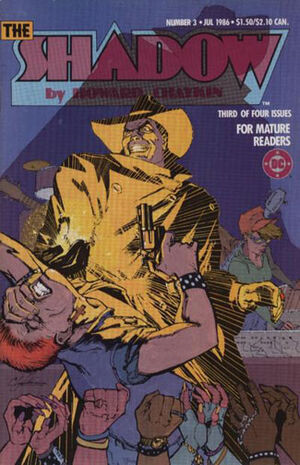 You amaze me Ms. Lockhart... these scum came here with no intent but murder... I merely returned the favor.

A hit is attempted on Margo Lane and Harry Vincent, but The Shadow has finally come out from hiding and slaughters the would be assassins. Meanwhile, the man behind the "elderly killings," has stolen an unknown quantity of Plutonium and plans to blow up New York.