The Shadow Wiki
Register
Don't have an account?
Sign In
Advertisement
in: Publications, 1975, March, Bronze-Age,
and 13 more

"The Night of the Falling Death!" 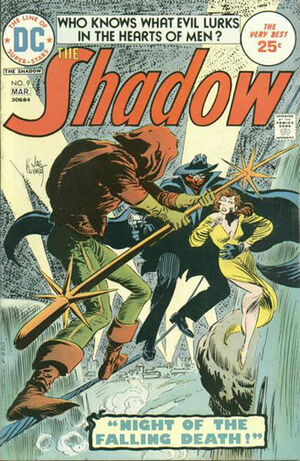 Young or old, man or woman, crime is a cancer, a cancer which must be destroyed!

Appearing in "The Night of the Falling Death!"

Synopsis for "The Night of the Falling Death!"

A death row inmate wants the The Shadow to uncover a drug smuggling ring which framed him.


Appearing in "The Shadow: A Dossier"

Synopsis for "The Shadow: A Dossier"

A text article about the history of The Shadow's pulp magazines, radio shows and film serials.