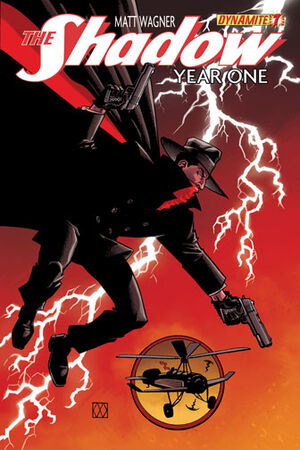 1929: Margo's solo attempt to locate Big Gun Massaretti lands her in the hands of her crazed ex-lover. Danger looms high above the streets of old New York as The Shadow attempts his most daring rescue ever!

Meanwhile, an intrepid reporter inches ever closer to uncovering The Shadow's guarded secrets.

Retrieved from "https://thelivingshadow.fandom.com/wiki/Shadow:_Year_One_Vol_1_7?oldid=14386"
Community content is available under CC-BY-SA unless otherwise noted.