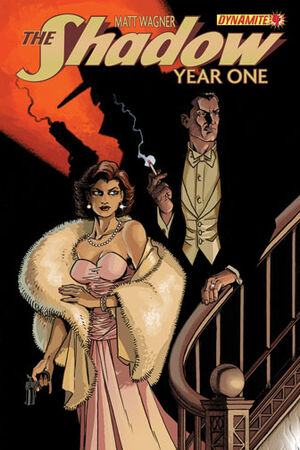 Soldiers are what one uses to fight war, Miss Lane... but spies are how that war is won!

1929: After confronting the mysterious man who is apparently posing as Lamont Cranston, Margo Lane finds herself drawn into a world of violent intrigue as an agent of The Shadow! Carnage escalates in the mob war begun by Big Gun Massaretti but secretly orchestrated by the grotesque figure known only as Dr. Zorn! Meanwhile, The Shadow begins to recruit what will become his famous network of operatives.

Retrieved from "https://thelivingshadow.fandom.com/wiki/Shadow:_Year_One_Vol_1_4?oldid=14622"
Community content is available under CC-BY-SA unless otherwise noted.