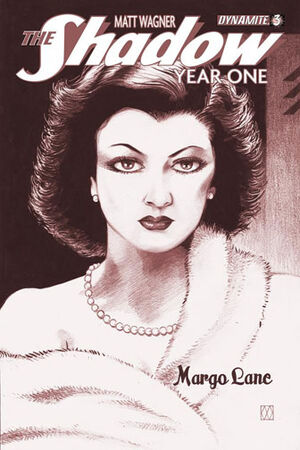 I am the tether to which your life is now bound!

1929: Mobsters kidnap an insurance man, Claude Fellows, and take him to a secret warehouse in the meatpacking district. Soon after, The Shadow comes to the rescue in his new unsettling form. When the ensuing carnage is cover, The Shadow encourages Fellows to be the first to join his network of crime fighting operatives.

Later, Margo Lane visits Lamont Cranston's estate, confronting the mysterious millionaire about his motives for saving her the other night.

Meanwhile, "Big Gun" Massaretti begins a gangland war under the mesmerizing control of a mysterious presence known as Dr. Zorn.

Retrieved from "https://thelivingshadow.fandom.com/wiki/Shadow:_Year_One_Vol_1_3?oldid=14382"
Community content is available under CC-BY-SA unless otherwise noted.