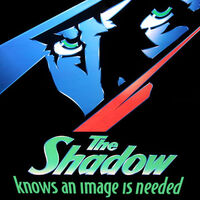 Dr. Rupert Sayre is The Shadow's own personal physician. He's not an agent, but is certainly a friend of the crimefighter. He is also one of the highest rated practicing physicians in Manhattan.

Dr. Sayre is indebted to The Shadow's service due to being rescued by him from the clutches of the "Master of Death," Dr. Eric Veldon.[1] Veldon was a fiend who forced Dr. Sayre to aid him in brain operations upon captured thugs and outlaws. Into the dilemma came The Shadow, who stopped the insidious Dr. Veldon plans. The result was Sayre's rescue as Veldon and his minions perished. Since then, Sayre has sworn allegiance to his rescuer.

On many occasions, The Shadow has called upon Sayre for special services, and the doctor does suspect that at times The Shadow impersonates Lamont Cranston.