The Shadow Wiki
Register
Don't have an account?
Sign In
Advertisement
in: Publications, 1989, July, Modern-Age,
and 15 more 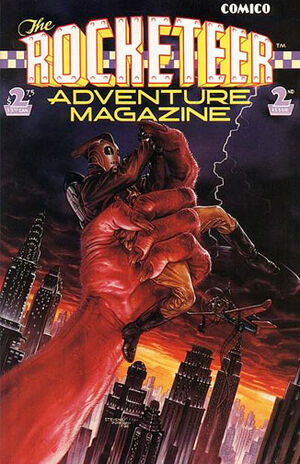 I operate... independently of all government agencies! I do what is morally right -- by my rules!

Appearing in "Nightmare at Large!"

Synopsis for "Nightmare at Large!"

After Cliff pursues his model girlfriend to New York, they split up, and she heads back to Hollywood alone.

Meanwhile, a mysterious benefactor named Mr. Jonas hires Cliff to find a serial killer who is connected to Cliff's circus past. Cliff learns that the killer has traveled to Atlantic City to find another fellow circus performer, The Great Orsino.

Cliff and his Autogyro pilot head for Atlantic City to confront the circus giant, Lothar.