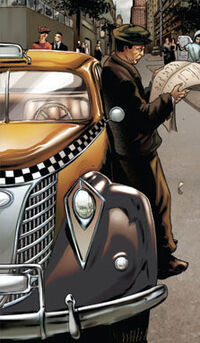 His specialty is transportation. He is perhaps the shrewdest of the hackers who guided taxicabs through the tangled traffic of New York City. He is often discreetly shuttling The Shadow's agents around town, participating in several car chases, tailing leads and picking up suspects by any means possible.

He is known for his sense of humor and Brooklyn accent, traits which have several people assume he's dumb. Though he's no genius he certainly can hold his own as a Shadow agent.