The Shadow Wiki
Register
Don't have an account?
Sign In
Advertisement
in: Publications, 2013, May, Modern-Age,
and 8 more 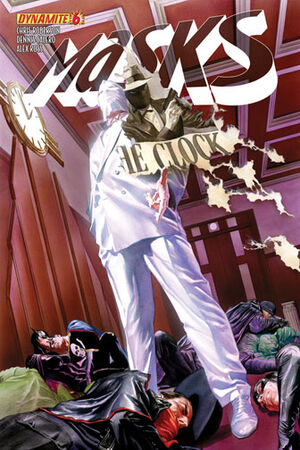 1938: All hope seems lost. The Shadow, Green Hornet, and the other masked heroes are outnumbered, outgunned, and surrounded by the Black Legion forces of the Justice Party, who are bent on expanding their tight grip on the surrounding countryside. Even the arrival of the new Zorro and Black Bat is not enough to turn the tide. But what of the Spider?