The Shadow Wiki
Register
Don't have an account?
Sign In
Advertisement
in: Publications, 2013, February, Modern-Age,
and 10 more 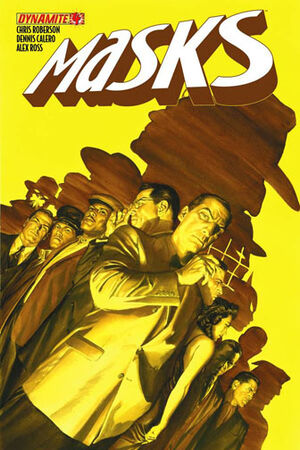 1938: With the law twisted and perverted, those who serve justice have no choice but to operate outside the law. The Spider digs into the shadowy past of the new governor, but what he finds raises more questions than it answers. Back in New York City, The Shadow and Green Hornet are marshaling their forces, as vigilantes and heroes like the Green Lama, Miss Fury and the Black Terror join their cause. Meanwhile, a blind lawyer and a fugitive artist find themselves standing alone against the might of the Black Legions.