The Shadow Wiki
Register
Don't have an account?
Sign In
Advertisement
in: Publications, 2013, January, Modern-Age,
and 9 more 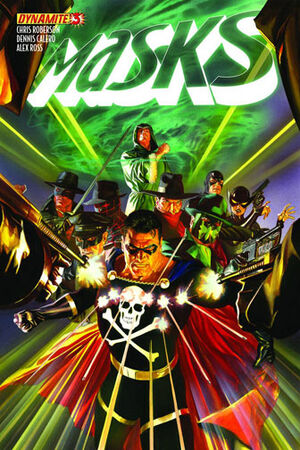 1938: With criminals and corrupt politicians in power, the masked vigilantes are on the run. The Spider ventures to Albany to investigate the newly elected governor who has signed all of the unjust measures into law, while Green Hornet seeks to find the secret masters of the Justice Party. The Shadow encounters other heroes who have run afoul of the Black Legions, and still more individuals are inspired to don masks and take to the streets in the name of justice.