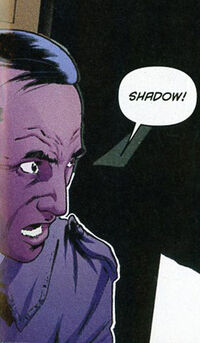 The real Lamont Cranston is a wealthy world-traveler and big game hunter who The Shadow frequently disguises himself as when he is assuming a secret identity.

The two men made an arrangement with one another to share the Cranston personality. Thus the real Cranston travels and lives in a cocoon of luxury, which enables him to be removed from society while Allard impersonates him. This apparently works well, as Allard and Cranston bear a strong resemblance to each other.