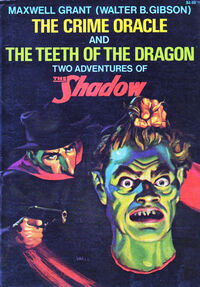 John L. Nanovic was a "pulp" magazine editor employed by Street & Smith. He was originally an assistant editor for The Shadow Magazine, while Lon Murray initially served as the magazine's editor. Nanovic became editor in April of 1932 and kept his position for the next decade. When he left, the pulp shrank to digest size under the new editor Charles Moran.