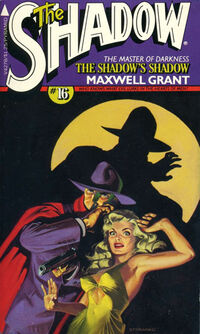 James Steranko is an illustrator and graphic designer who moved into paperback cover paintings in 1969, bringing the same innovative design and illustration flair to cover illustrations that he brought to comic books earlier in his career. During the 1970s, he produced several Shadow covers for Pyramid Books. He was the first choice to be involved in illustrating DC Comics' Shadow series, but due to conflicts with the script writing, he withdrew his services and the artistic chores eventually went to Michael Kaluta.