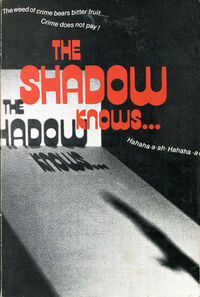 Jerry McGill was a former freelance ad man who became a radio scriptwriter, writing several episodes for The Shadow Radio Show during the 1950s. Some of his scripts were later published in The Shadow Knows..., a 1977 textbook for junior high students.

He also served as a writer, director and producer for many of the radio episodes "Mr. District Attorney", "Famous Jury Trials" and "Big Town."