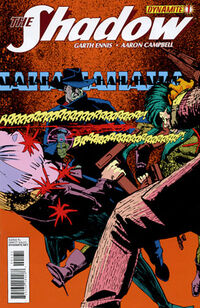 Howard Chaykin is an American comic book writer and artist famous for his ultra violent storytelling and controversial updating of The Shadow for his 1987 series, The Shadow: Blood and Judgment. His first work on the Shadow, was inking a few pages over Michael Kaluta's pencils during the 1970s series.

In July 2013, Dynamite Comics announced that Chaykin will write and illustrate The Shadow: Midnight in Moscow, a prequel series set three decades before the Blood and Judgment series.[1]