The Shadow Wiki
Register
Don't have an account?
Sign In
Advertisement
in: Publications, 1995, April, Modern-Age,
and 11 more 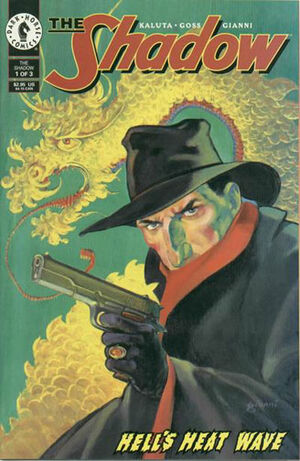 Violence erupts between several ethnic gangs in New York City. During these turf wars, a master of one of the Tongs is thought to have committed suicide and his lover's finger has been found in a dead man's mouth. The Shadow believes that the randomness of these events are in fact a pattern of someone hiding their tracks... and wonders who's the criminal mastermind behind it all.