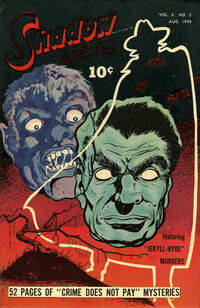 Hector Chevigny was a radio writer and author of several popular historical novels about Alaska.

Prior to becoming a writer, he received his B.A. from Gonzaga University in 1927 and did postgraduate work at the University of Washington in 1928.

He began his writing career as the editor of the Spokane, Washington, County News and then broke into radio with Seattle's station KOMO in 1928, as a scriptwriter for "Pioneers." He also taught a course on Radio Writing for the University of Washington.

In 1935 he moved to Hollywood and became a Director at CBS, where he scripted comedy and drama programs for their radio department.

In the winter of 1943, he visited New York on a business trip. While there, he was diagnosed as having a detached retina in one eye. Soon after, he lost his sight in both eyes. He decided to stay in New York with his wife and daughter, and hired a secretarial assistant to help him continue his writing career. He also adopted a Seeing Eye dog named "Wizard." A best seller came out of this relationship, "My Eyes Have a Cold Nose," published in 1946. On June 23rd 1947, "Plays by Ear" premiered as a NBC radio series, which was created by Chevigny as "an experimental radio series of social fantasies."

In the following years he wrote thousands of scripts, hundreds for the Morton Downey show, as well as for the series "Mr. & Mrs. North." In 1948, he televised "Chevrolet on Broadway" for TV-NBC.

In all, Chevigny authored six major publications including; "Lost Empire" (1937), "Lord of Alaska" (1942) and "Russian America" (1965), each of these dealt with Alaskan history. He also wrote a half-a-dozen short stories and numerous articles for magazines.