The Shadow Wiki
Register
Don't have an account?
Sign In
Advertisement
in: Publications, 1989, April, Modern-Age,
and 13 more 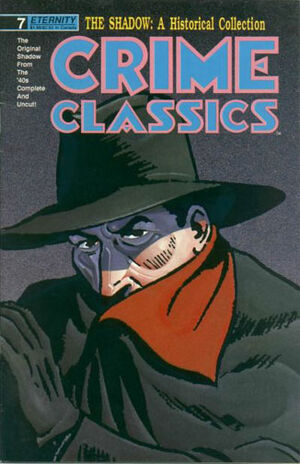 Let Schorn Loose! I'll clip him for you!

Appearing in "The Shadow vs The Bund (part 2)"

Synopsis for "The Shadow vs The Bund (part 2)"

Gang leader, Kurt Schorn, steals a shipment of lacquer so he can convert it into high explosives. Later, he kills an owner of a shipping business in order to hijack his "ghost fleet." He then kidnaps Margo Lane who was snooping around the docks. He and his henchmen take her on board and sail off. However, The Shadow was able to sneak onto the same vessel hoping to rescue her.