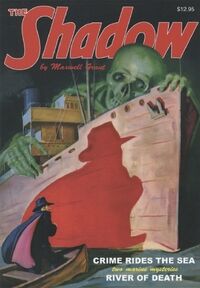 Bob Shaw had an illustrious career as a writer of radio serials, soap operas and television dramas.

After graduating from the University of Wisconsin, he moved to New York where he created his first radio serial, "Front Page Farrell," in 1940. He also created and wrote all episodes for "Mr. District Attorney," which ran 11 years.

He was very prolific throughout the decade, writing scripts for "The Soldier Who Came Home," "Appointment with Life," "Smith of Scotland Yard" and "The Shadow."

During the fifties and sixties, he wrote scripts for television; "Hawaiian Eye," "Peyton Place," "The Long, Hot Summer" and dozens of others.

However, it was in 1980 when he was head writer on "Dallas," where he created his most iconic moment in television history. For the season's cliffhanger, he wrote the script to have the character J. R. Ewing, a Texas oilman played by Larry Hagman, shot. American households were stunned and left wondering "Who Shot J. R.?" until the following season premiered on November 21, 1980.

He also wrote for "General Hospital" at this time and created the lovers Luke and Laura, thus reviving the daytime show's ratings.

After retiring from television, he taught a course on soap opera writing at the University of California, Los Angeles.