The Shadow Wiki
Register
Don't have an account?
Sign In
Advertisement
in: Publications, 1974, December, Bronze-Age,
and 8 more

"The Night of the Shadow!" 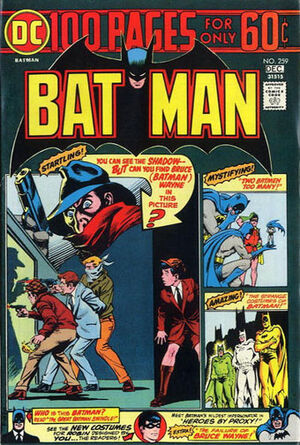 How I came by that information is not important! Rest assured, your secret is safe with me! Now, I bid you... farewell!

Appearing in "The Night of the Shadow!"

Synopsis for "The Night of the Shadow!"

When he was a child, Bruce Wayne, his father, and two others were saved from robber Willy Hank Stamper by The Shadow. Twenty-five years later, Stamper has been released from jail and is bent on revenge against the survivors of that incident. Once again The Shadow is on the case, and helps Batman nail Stamper.