The Shadow Wiki
Register
Don't have an account?
Sign In
Advertisement
in: Publications, 1942, July, Golden-Age,
and 7 more

"The Kidnapping of Mary Lou" 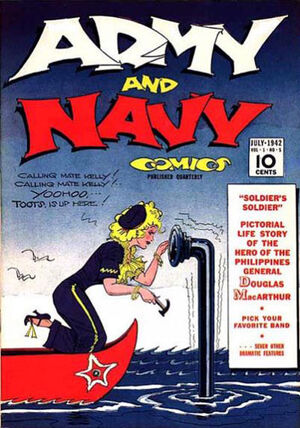 By unanimous vote, Supersnipe, you are elected president of all super-doers!

Appearing in "The Kidnapping of Mary Lou"

Synopsis for "The Kidnapping of Mary Lou"

While daydreaming about his favorite superheroes, Supersnipe hears the cries of Mary Lou and believes she's being kidnapped. He sees her bloodied and being taken away by two men and silliness ensues as he tries to come to her rescue. The men later explain how they only wanted to help the girl home after seeing her fall down and spilling ketchup on herself.